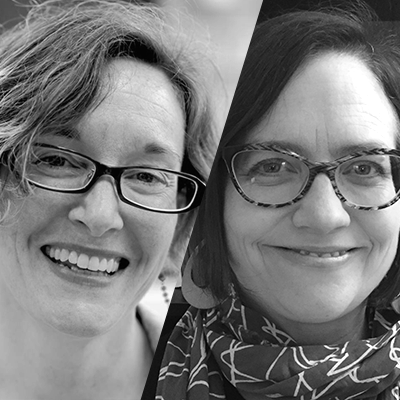 Drawing on their work from their collaborative research and teaching project "Nuclear Futures in the Post-Fukushima Age," Hester Baer and Michele Mason demonstrate the critical role of the environmental humanities in constructing historically aware narratives about human futures in an era characterized by environmental devastation and renewed nuclear threat. With attention to the speculative fictions of the German-Japanese writer Yoko Tawada, Baer and Mason explore the necessity of collaborative, multilingual, and transnational analysis not only to reframe key questions but also to posit constructive modes of action for the pressing issues before us.

Hester Baer is an associate professor and head of the Department of Germanic Studies as well as a core faculty member in Comparative Literature and Film Studies. Her research focuses on gender and sexuality in film and media studies; historical and contemporary feminisms; German culture in the 21st Century; and environmental humanities. She is the author of Dismantling the Dream Factory: Gender, German Cinema, and the Postwar Quest for a New Film Language and a project lead of the Digital Feminisms Collective. She currently serves as co-editor of the journal Feminist German Studies.

Michele Mason is an associate professor of Modern Japanese Cultural Studies and head of the Department of East Asian Languages and Cultures. Her research interests include colonial and postcolonial studies, gender and feminist studies, and masculinity studies as well as the atomic bombings of Hiroshima and Nagasaki, peace and nuclear abolition movements, and environmental humanities. Her books include Dominant Narratives of Colonial Hokkaido and Imperial Japan and Reading Colonial Japan: Text, Context, and Critique.